PU’s Students and Engineering Professors Bag Cumulative Grants of Rs 4,94,740 in the iHub M2M Challenge for Defense and Energy Solutions. 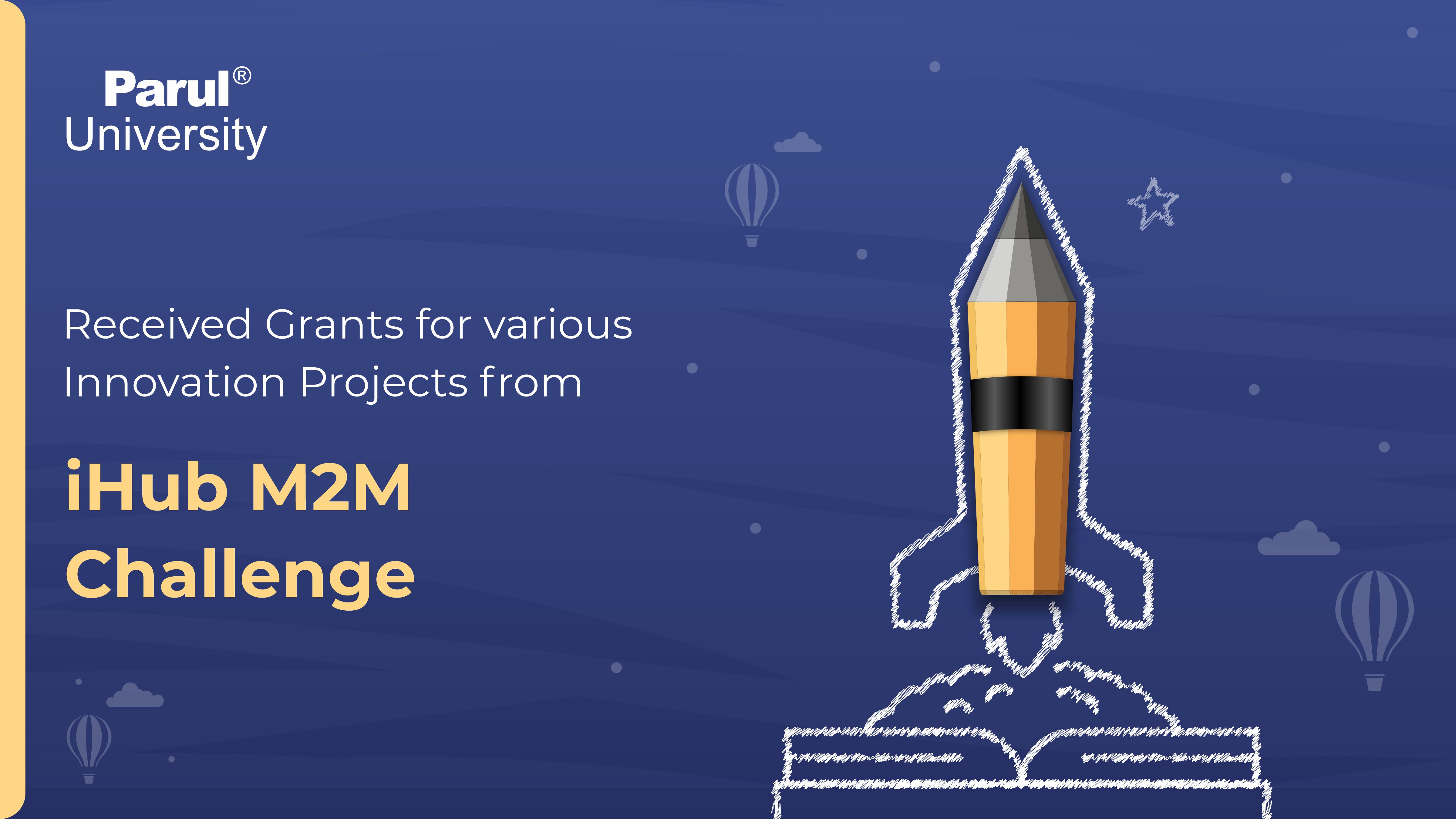 PU’s innovators have been continuously developing numerous innovations and technologies, designed to solve the world’s most pressing health, technology, science, and environmental issues. The PU teams were successful in bagging a cumulative grant of Rs 4,94,740 for the ideas which they developed to cater for the issues faced by the defense and energy sectors of India. M2M is an initiative which was developed as a way of connecting the youth of India and to develop the indigenous products under the Make In India campaign.

PU’s Institute of Engineering and Technology is proud of its students and faculties who have been successful in bringing these apt sustainable ideas. The team UOM is amongst the teams that secured the grants under the mentorship of Professor Himani Parmar. The group consisted of Mohammad Faiz Arifbhai Motorwala, Hardev Parekh, Kalpit Parekh, and Nikhil Parekh. This dedicated team received a grant of Rs 49 500 in the iHUb M2M Energy challenge to execute their ideas and develop a prototype. The idea is a GPS-based mobile application for meter reading and route trace of meter reading. The technology seeks to save the utility providers the expense of periodic trips to each physical location to read a meter.

The world is witnessing a need for power generation at an escalating rate, to a great extent, the current energy generation methods have proven to be insufficient to meet the capacity required by humanity. Hence the need for projects such as the “Power Generation Through Step” by the team “A.N.R T6” consisting of 5 members under the guidance of Professor Azahar Patel, Sumit Kumar Patel, Mahi Shah, Trupti Prajapati, and Swayam Jain. The team also made an excellent performance and their efforts were recognized in the iHub M2M Energy challenge. They successfully secured a grant of Rs. 16,910 that will push their ideas into reality. Research has proven that the aggregate electricity demand could grow from 949 TWh in 2015 to 2074 TWh by 2030. Therefore this alternative poses less harm compared to other forms of power generation.

Mentored by Professor Om Prakash Shukla are the team members from “Saviour” who have brought their innovative minds together to meet the challenge in the conduct of continuous surveillance of passes along the Line of Actual Control (LAC) in High Altitude Areas (HAA). Within the team is Akram Mehtar and Presann Deshmukh who successfully grant an amount of Rs 1,31,800 to further shape and develop their ideas. This grant from the iHub M2M innovation challenge will assist the development of this project which will improve the security and operations at the LAC.

In this rat race into a developed world, more inventions have become necessary for bettering the lives of people. This cost-effective idea developed by team “Chadte Jao Badhte Jao” is the next level change in Universal pole climbing. Behind this innovative project is Professor Norman Kasmani, Hardik Dhandhukiya, Mukesh Prajapati, Parth Gohil, and  Vikash Nayak. The team received a grant of Rs 31,480 from the iHub M2M Energy challenge to further develop this concept.

Amongst the mind-blowing ideas is the Solar rays designed by Prof. Nitesh Patel from PIET. The Professor’s innovation received a grant of Rs 2,65,050 in iHub Defence Innovation Challenge to carry out the innovation into a prototype. The Solar Rays idea is aimed to function in the desalination of highly salty, Iodine and bromine mixed water of Rann and Creek Area to make it potable at Bop levels.

PU applauds all the brilliant minds that have received the grants totaling to Rs 4,94,740 in the iHub M2M challenge